With spring around the corner, and many of you struggling with finding a diet that works, or an exercise routine you can stick to, I have decided to write a simple post about a hormone that plays a major part of getting that lean and muscular body you are after!

Besides, the body isn't some straight forward, linear and simple thing.  Its a complex machine that plays a role in EVERY single movement or action you do on a daily basis!

Back to leptin. This fat burning hormone was discovered by the Ingalls in the 1950s. Until its rediscovery in the 90s, no one understood how influential this hormone was to fat loss and weight management.

It's a hormone that is released primarily by fat cells (adipocytes) and works to regulate appetite, body fat mass, and basal metabolic rate.

Up until a few years ago, scientists believed fat cells were lazy and only served as a storage site for fat! Now we all now that fat cells are very active, ironically, because they regulate metabolism and act as messengers for hormones such as leptin! 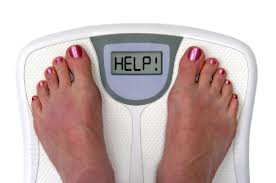 How Does It Work?

Leptin travels up to the brain where it acts on receptors in the hypothalamus to inhibit appetite.

This is the best news of the day for those with raging appetites and love storming the fridge at midnight! The more leptin your body produces, the less likely you will be to have those "garbage disposal" days where you never seem to be full! (Kind of just like my mom with peanut M&Ms).

Leptin will tell your brain to stop and give you the feeling of fullness you never seem to have!

We already know that sprints are a great way to burn fat, but from a recent study, we now know it could be a way to increase leptin in the body!


A study done by Guerra et al. in 2011 looked at sprints as a leptin signaling mimetic.

They split two group of young(23) and relatively lean(15% Body Fat) athletes and had a fasting group and a glucose group. The glucose group ingested 75 grams of glucose one hour before the sprints.

Both groups did one Wingate bike sprint for only 30 seconds.

If you're not familiar with this set up, in short, it's hop on a bike set to a high workload (10% of body weight used here) and pedal like a rabid grizzly bear is chasing you.

Subjects had a series of muscle biopsies done over the course of the study and researchers found that a single session of sprint training showed alterations in leptin signaling. The sprints were jacking up leptin that, in theory, should get the waddling Walmart shoppers to start dropping fat.

However, this was not seen in the group that ingested glucose before their sprint. Only the fasted group saw leptin alterations.

It appears insulin may interfere with the leptin signaling to some degree. To quote the researchers directly:

So it appears that fasted sprint training can pinch hit for leptin.

So try hopping on a spin bike first thing in the morning in a fasted state and perform spin intervals to boost your leptin!

Remember, all it takes in one sprint in a fasted state! Interesting! Why not give it a shot!? It could be the missing ingredient to your fat loss!

“When something happens, the only thing in your power is your attitude toward it; you can either accept it or resent it…It is not things that disturb us, but our interpretation of their significance.” – The Art of Living